Dogs adopted from a shelter have had either good or bad experiences with their previous owners. When we bring home a rescue dog, there’s always curiosity to understand if the pooch remembers its previous owner in any way. The new owner is focused on providing a better lifestyle to the pet and to stay away from things that’ll hurt it. There is evidence to prove dogs remember their previous owners which is mostly based on personal accounts and not yet scientifically proved. Though, studies have been carried on the subject of time and a dog’s memory of events.

Albeit, all doubts on the subject may be put to rest after you see this emotion Imgur GIF below.

Dogs remember things that help them to survive. In case of a rescue dog it may remember its old owner if he/she was extremely good to it or was abusive. If someone has hurt the dog it will remember to keep distance from the person. Similarly it will remember a person for showering love & care and feel safe in his/her presence. ( Video Credit : Imgur.com) Patricia McConnell, PhD, and author of books on dog behavior, believes dogs have some sort of awareness of time. She talks about a study published in Applied Animal Behavior Science to corroborate her belief. In this research it was seen that dogs when left alone for a very long time, greeted their owners in a more intense manner on being united. Image – www.rd.com

This shows that time or temporary separation from the owner did not affect a dog’s memory. It can remember past events and people. Humans have episodic memory, which is an individual’s unique memory of some particular event. Humans use measures like seconds, minutes and hours to differentiate one event from another occurrence. We also relate incidents to one another to understand when exactly something happened. Image- dogtime.com

Humans have episodic memory, which is an individual’s unique memory of some particular event. Humans use measures like seconds, minutes and hours to differentiate one event from another occurrence.  We also relate incidents to one another to understand when exactly something happened.

The role of the sense of sight:

Anecdotal evidence shows how some actions & characteristics may trigger past memories in canines:

There have been accounts of rescue dogs being uncomfortable in the presence of men or sacred of men with beards. Some pups develop an affinity for elderly folks; all this could be correlated to their experiences with previous owners. 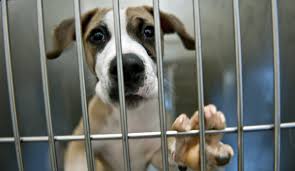 Dogs remember unpleasant incidents from their past to avoid anything similar in their present or future time. It’s safe to say that dogs can’t bring to mind good or bad moments from their past. They cannot recollect or muse over things that have happened with them. image – iheartdogs.com

However it is very likely that when faced by a previous owner it will recognize the association it shared with said human. The canine may easily remember friends and owner/people that have been kind to it and instilled trust around the pooch.