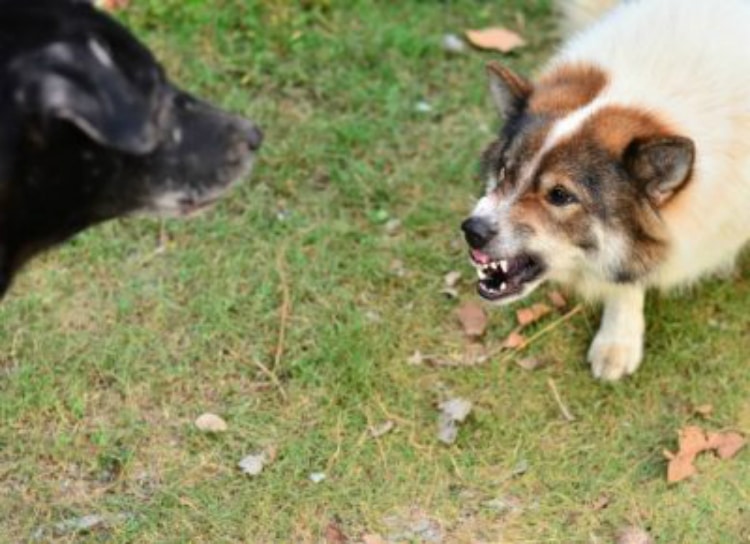 Aggression is just one of the symptoms of rabies.

Rabies in dogs is one of the most feared diseases in your dog. Learn how to prevent it and avoid problems for your health.

Go one thing ahead, the odds of your dog contracting rabies are as likely as that of a meteor landing on your terrace. Officially, Spain has been free of rabies since 1978, like the vast majority of European countries.

Agreed, there was a case in 2014, but the animal had been living in Morocco for several months, a country where Unfortunately, it is much more widespread. And yes, we will not hide you that this past summer the National Center of Microbiology detected two cases, but they were produced by the bite of bats in two people. Both were cured after receiving the appropriate treatment.

Beyond the immense myth that rabies brings, spurred by literature, cinema and, of course, the history of the disease itself, rabies is a viral zoonotic disease of the type infectious It is caused by the virus Rhabdoviridae that attacks with great rapidity the central nervous system with a lethality, in animals, close to one hundred percent of the cases. This is confirmed by the Andalusian Council of Official Veterinary Colleges. The virus is transmitted through the saliva of the sick animal. In Spain the anti-rabies vaccine for dogs is mandatory by law except in Catalonia, the Basque Country and Galicia.

Now let's see how we can alert ourselves that our partner may have been infected by observing these seven Steps :

Presence of a Suspicious Wound

Rabies takes two to eight weeks to show face. And we should not always expect more aggressive behavior. If our dog was violent and quarrelsome, we will suddenly feel calmer. Otherwise, we will see more aggressiveness in him. The animal will be generally nervous and will seek to isolate hide from us.

There are multiple physiological failures that begins at have a contagious dog, because these are also presented in a cluster, so we will quickly see that we need veterinary attention immediately. Chills, fever, photophobia (fear of bright lights and clarity), vomiting, diarrhea, dry and persistent cough and problems swallowing are some of the most common symptoms.

Animals that are tame suddenly become violent. And in reverse.

Although it is common, it does not develop in all infections. It is characterized by the paralysis of the muscles of the neck and head of our pet. It is here when the disease produces the most characteristic picture, that of the dog with the mouth open constantly and with exorbitant foamy salivation .

Disinterest in food, panic to water, irritability without reason even in puppies and abnormal behaviors like biting rocks or even their own legs are other signs that something is not going (well).

If paralysis What the rage brings comes to affect the diaphragm, the dog will die asphyxiated. Previously your breathing will have become more and more fatiguing and hoarse.

Do not forget that there are symptoms that can confuse us

Like so many other viral pictures in humans and animals, there are symptoms that can make us believe what is not. If we do not see any injury but our dog has some of the above symptoms we can think of diseases and problems (all of them serious) such as hepatitis, chemical poisoning, the presence of a brain tumor that has given the face, toxoplasmosis and tetanus, among others. Veterinary assistance becomes absolutely urgent.