PACMA will provide the Andalusians with a complete commitment for animals, the environment and social justice 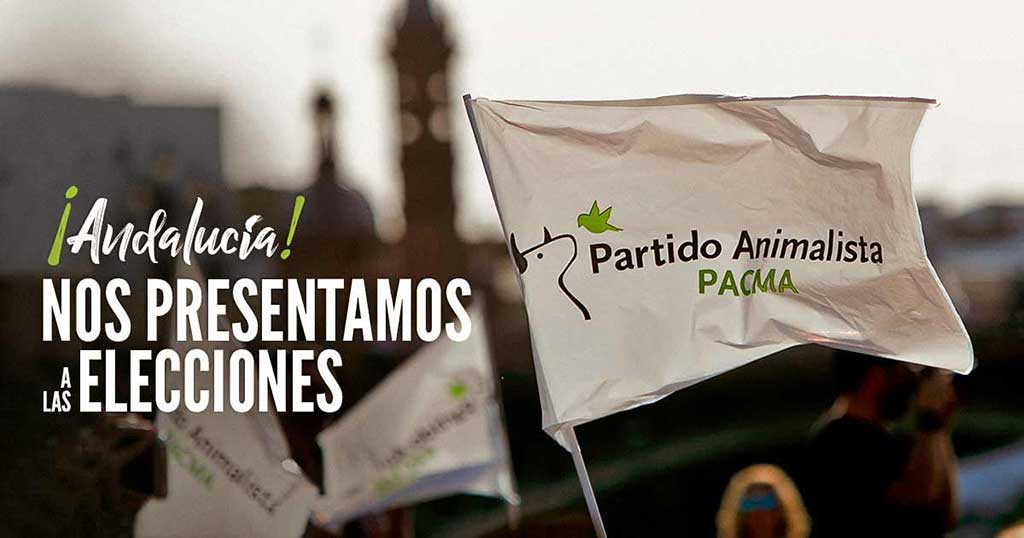 Its program designs a pioneering Andalusia in the fight against animal abuse, sustainable and that protects the most vulnerable.

Candidates will have "a profile closer to the reality of the street, away from the political elites"
The Animalist Party announces that it will be presented to the next elections in Andalusia and will do so with the commitment to be the only party that will take into account all, without exceptions.

In this sense, the protection of animals will again be the central axis of its political project that, In addition, it will incorporate profound proposals to preserve the environment and ensure the economic and social stability of the Andalusians.

This new way of understanding politics has propi In the last polls the intention to vote for PACMA has shot up to the point that they are granted real possibilities of obtaining representation with which to carry out the demands of the animal collective from within the institutions.

The intention of the PACMA is that the animal policy in Andalusia take a complete turn and the community becomes a pioneer in the field of animal protection.

" On December 2 the Andalusians will say they want to live in a region that respects and protects animals. That is going to help us to face hunting and bullfighting, and to change the regional laws so that Andalusia is removed once and for all the scourge of animal abuse that the neglect of other parties has been favoring for years " , explains the president of PACMA, Silvia Barquero.

During the campaign, PACMA will be the only party that dares to face bullfighting, hunting, abandonment and animal sacrifice in kennels
Although the fight for the rights of animals will be at the center of their proposals, it will not be the only thing that PACMA aspires to change in Andalusia. " We are going to explain to the people that we have also come to improve their lives and their environment. We will tell all those who are forced to leave their cities in Malaga, Seville, Cordoba or Granada because of the effect of tourism on rental prices; those who have their jobs in Cádiz in suspense or those who lost them in Jaén; those who suffer from the effects of climate change and drought in Almería and the Huelva-born worried that Doñana is becoming a source of business for large corporations. Both the animals and the most vulnerable sectors will have all our help ", says Barquero.

Regarding the candidacies the party president assures that the lists are still closing but that" ] the Andalusians can be calm because they will be well represented ", since they are working on candidates who are" closer to the reality of the street, than of the political elites, and with a marked profile of activism by animals, which makes us a new way of doing politics . "