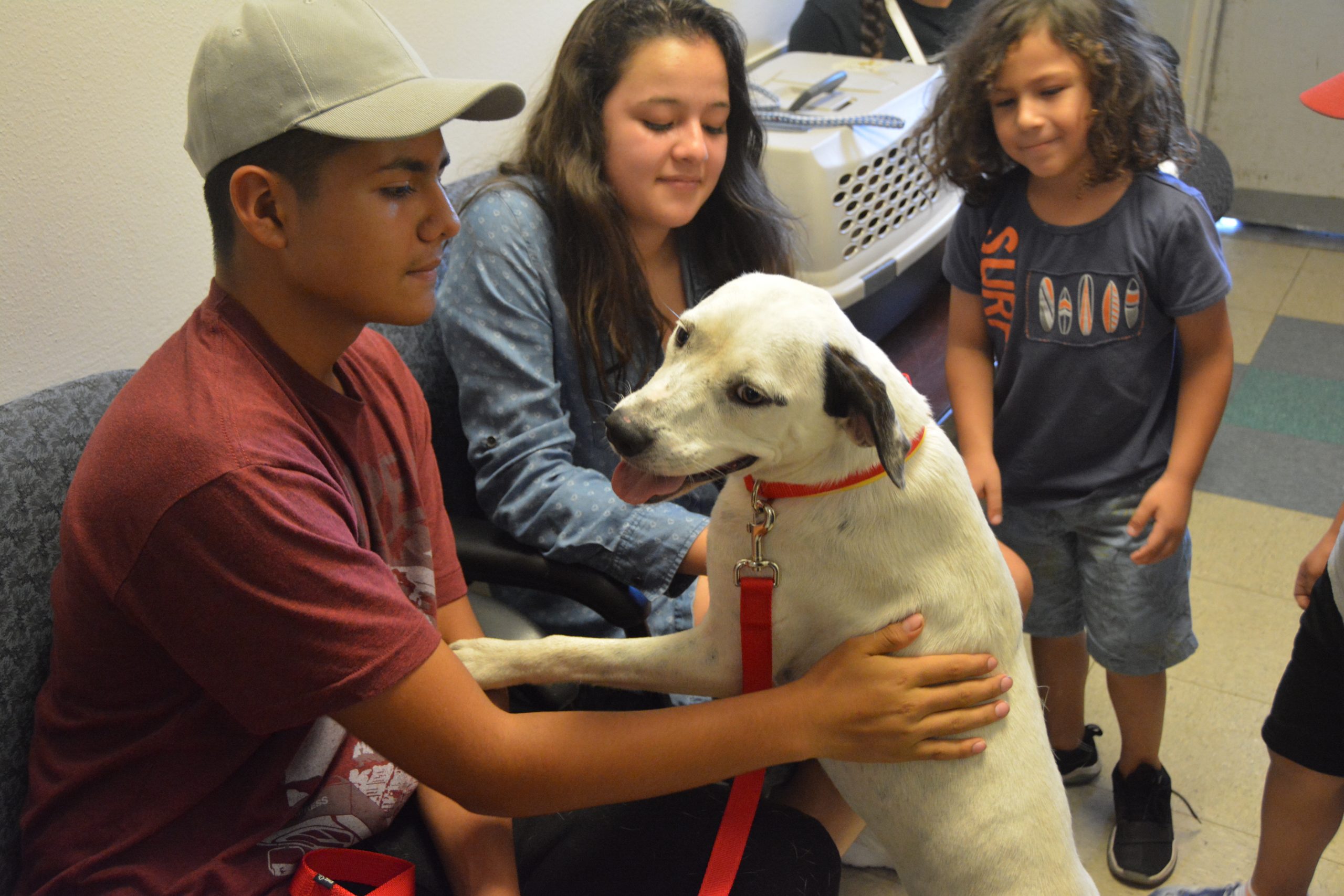 Sometimes, even a natural disaster can’t separate man’s best friend and his owner.

As Houston and the Texas coast continue to recover from the devastating impact of Hurricane Harvey, Austin-area animal shelters are also struggling to care for the hundreds of displaced animals they have taken in in recent weeks. But while this continues to be a time of uncertainty and transition for many pets, there have also been at least a couple happy endings.

Take, for example, Lion, who was living with his owner/dad Oliver Santos in Houston when Hurricane Harvey hit. After water flooded the first floor of the house, Oliver and his family evacuated from a second-floor window via kayak. Because there was no space on the kayak, the family was forced to leave Lion and his two four-legged siblings behind on the second-floor balcony. Oliver feared he would never see Lion again.

Eventually, Lion was found and brought to safety in Austin, living first in a temporary shelter at the Travis County Exposition Center and ultimately transferred, along with 170 other dogs, to the Austin Humane Society. Thanks to his microchip, the Austin Humane Society, working in partnership with the Austin Animal Center, was able track down the Santos family. On Labor Day weekend, they drove to Austin to get Lion.

“As soon as Lion saw them, he jumped his front paws onto Oliver’s lap and got the biggest grin,” said Ericka Miller, director of communications for the Austin Humane Society. “Then, he rolled over for tummy rubs. It was very clear he knew his family!”

The reunification was a bright spot during a tough time for the Santos family, who is currently staying with friends because the hurricane destroyed their home. They have not yet located their two other dogs but remain hopeful because they are microchipped, too.

Sophie, another displaced Houston pup who was also transferred to the Austin Humane Society from the Travis County Exposition Center, also recently experienced a happy reunification. Although she was not microchipped, the Austin Animal Center had the address where she was rescued in Houston and reached out to her owners, the Salazar family. The family, which had just found their other dog in Houston, drove to Austin to pick up Sophie as soon as they heard the news. Once again, their family is complete.

In the coming weeks, local shelters will continue to try to track down owners using information from microchips and even new facial recognition technology, Miller said. Here’s hoping we’ll be hearing many more reunification stories in the coming weeks.