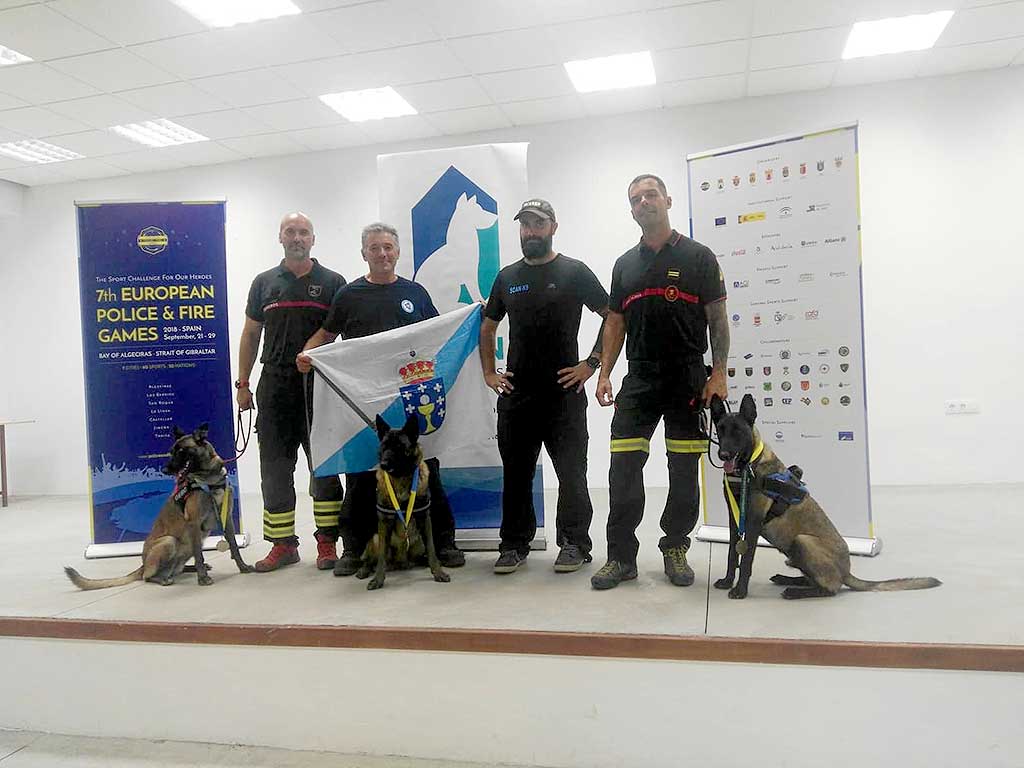 From last September 21 to 29 the VII European Games of Algeciras have been developed in the Bay of Algeciras Police and Fire.

The Association of Cans of Salvage of Galicia has been present represented by the Ferrolan Firefighter Alejandro Barreiro and the dogs Thor and Anka in the Competition of Dogs k9 in the Debris Search specialties and Great Areas achieving the Absolute European Championship by being first in the debris search category with a score of 99 points over 100 and seconds in the Large Areas Test with a score of 97 points out of 100.

CA.SA .GA wants to congratulate its binomial in addition to the firefighters alicante GERCA, and firefighters Valencia for the second and third position as well as the rest of competitors.