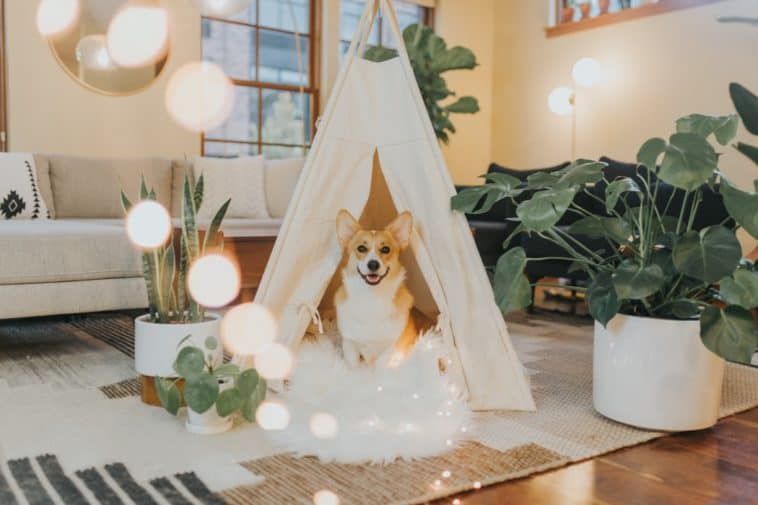 The areas of application of smart homes are becoming more and more diverse, be it as burglar protection, for lighting control or for saving energy. But not only we humans, our pets can also benefit from modern technologies. We introduce you to some of the best pet gadgets for dogs and cats.

Pet cameras: everything live in view

Do you ever wonder what your four-legged friend is up to in your absence? Maybe you suspect your pet is behaving abnormally and want to keep an eye on them? Or do you just miss your dog or cat and want to stop by in between? Then you should think about installing an IP camera at home. You can use a networked smartphone, tablet or PC to follow in real time how your animal friend is spending the day. This makes it easier for you to identify conspicuous behavior. And special models with two-way audio function even allow you to talk to your animal and calm it down in stressful situations.

Basically any camera you want can be set up for this purpose, but the “Petcube” is a specially developed pet camera with a wide-angle lens that you can simply set up in the room or mount on a wall. If you connect the “Petcube” to the WiFi network, you can access the camera via the app that comes with it and thus observe your pet while on the move. The “Petcube” is also equipped with a microphone and loudspeaker boxes and thus enables two-way communication with your beloved four-legged friend. Depending on the camera model, other interactions are also possible: You can keep bored cats busy with the integrated laser pointer or treat your four-legged friend with a treat. Check Wadav for Petcube coupons.

A cat flap gives your four-legged friend more freedom, but at the same time there is also the risk of strange animals entering the house. Smart pet doors can prevent this thanks to microchip technology. They are only unlocked for animals with the right microchip, which can be on the collar, for example. As soon as the flap is used, you will receive a notification on your smartphone or tablet. You determine the entry and exit times using a timer, but you can also control access via your mobile device. This guarantees that no unloved visitors will come into the house.

Not only do full-time employees often struggle to make their own diet healthy. Their pets are also often overweight and malnourished. Smart feeders can help improve your four-legged friend’s nutritional management. The intelligent dispensers are programmed in such a way that appropriate quantities are only fed at certain times. Many devices can also be controlled via smartphone or tablet. In this way, overfeeding can be avoided and, on top of that, the feed in the machine stays fresh and untouched for a long time. Targeted feeding of overweight animals or illnesses in which food intake has to be strictly regulated is also made possible.

There is usually a suitable app for the smart feeders, which you can use to determine an individual nutritional profile for your pet. Based on the weight, age, breed and activity level of the animal, you will receive suggestions on the type and amount of feed. In households with different animals, you can also save several nutrition profiles at the same time. Because only the pet with the right microchip has access to the food. This is also a practical way of preventing food theft, a common problem in multi-cat households. The intelligent feeders also document when and how much your dog or cat eats. The app then provides you with an overview of your pet’s eating habits. This enables you to quickly recognize changes in eating behavior.

For their owners while cats may be the best pets ever, cleaning the litter box remains an unpopular task. Litter boxes with an automatic self-cleaning function should therefore relieve you of this annoying task or at least make it easier. The smart toilets recognize when a business has been done and automatically start the cleaning process after a short waiting period. Some models are even able to refill new litter independently; others will send you a notification for this step. Another advantage of the intelligent litter box: They recognize which cat has used the toilet and document the regularity and length of stay of the toilet. Conclusions about the health of the animal can be drawn from this data. However, smart litter boxes are not yet available in large numbers. So far, the ” LavvieBot” and “Footloose” litter boxes have emerged from Kickstarter projects. Admittedly, it is currently still questionable whether the devices will actually keep what the manufacturers promise.