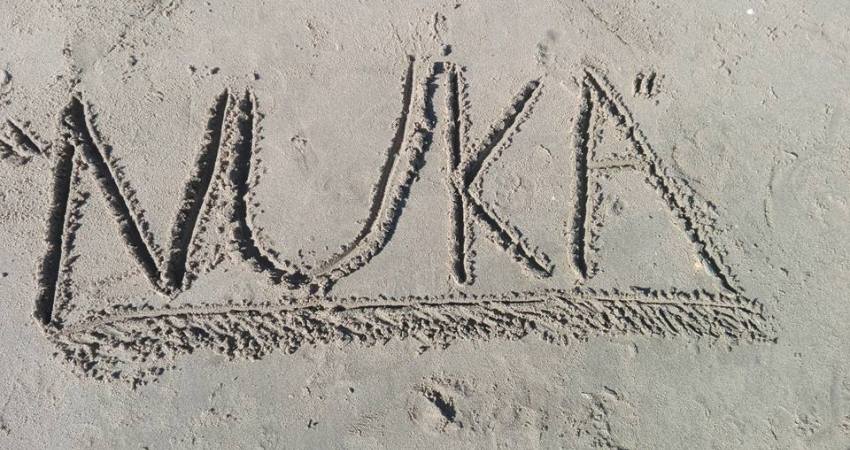 What child has not dreamed of growing up with a dog? Almost all the children adore the animals, as is the case of a small one from Aznalcóllar, in Seville. A girl who has remained with a broken heart after the barbarity that they have done to her bitch. His grandfather has written a letter addressing to the "two-legged animal" that killed his granddaughter's dog a few days ago .

The message to the poisoner

"I am Francisco Mateos Caballero, 73, grandfather of Celia, the girl whose dog you poisoned . You have reached your goal, kill a dog, poor animal. But I'm not going to describe this to you, but the collateral damage you've caused ". This is how Celia's grandfather starts the message to the "poisoner" of his granddaughter's cub who died in just one hour.

The missive, of which everyone speaks, is made public after several dogs died from poisoned bait in Aznalcóllar in recent weeks. And is that, unfortunately, more than one soulless is dedicated to putting food with needles, nails or poison because dogs are not holy of their devotion. Just for doing harm.

The little dog of Celia, 11 years old, was called Nuka, a beautiful blue-eyed puppy . He was killed by a piece of chorizo ​​loaded with Aldicarb, a potent pesticide that cost him his life . The poison not only poses a danger to animals, but also to people and, especially, to children. In this regard also reflects the grandfather in his letter: "My granddaughter has walked her dog sometimes with her cousin, when she was three years. Have you thought that a small child manipulate that poison and put his little hands in his mouth, with the toxicity that you should have put to strike a dog in an hour? Not only you put in danger the life of the animals and the feelings of their owners, you are putting in risk the life of some small boy that accidentally manipulates your poison ".

Francisco knows the power of social networks, but he does not manage them. That's why he asked his daughter to spread the letter in order to reach those who hide behind these barbarities, so that at least they will eat up their bad conscience . In a few hours the publication received thousands of reactions and three weeks later it has been shared more than 700 times and has more than 300 'likes'.

"I wish the death of Nuka serve to raise the awareness of the poisoner who killed her. What a shame to be Aznalcóllar news for these matters, there is no right that this usually happens for a small minority of bad people, because Aznalcóllar is not like that (…) I hope that at least it serves to stop the scoundrel who does it and that the authorities are more aware of this practice, not so isolated . It is a danger for all "continues the letter.

A walk with sad end

The tragic event took place the first week of October. José, the father of Celia, went for a walk with Nuka, in a quite busy area far from the town center. When José realized what was happening, could not do anything due to the potency of the poison identified by agents of the Environment of Andalusia.

More than a year together

From very small Celia He wanted to have a dog. Her parents were teaching her the responsibility and she was told that when she grew up she could take care of an animal. A year ago and pico Celia made Communion and with it came Nuka to his life, a dog the sea of ​​playful, his friend with four legs.

Tal the love Celia feels for Nuka that her parents did not know how to give her the bad news, according to the grandfather in his writing. He even tells that he did not cry in front of his father so as not to cause him more pain . Of course, then he cried … and snot out. "His stomach hurt, he had nausea and it has been hard for him to sleep."

Grandpa Francisco says goodbye in his letter: " You're not more than a coward and a bad person that protect you in anonymity do this damage to animals and people who love these animals. Finally, I ask you a favor: before doing something like that, think about the damage it causes ".

You can not allow these poisonings to normalize, that's why citizen collaboration is important. If you know of a similar case, or find the carcass of an animal, do not touch it, for safety, and call 062.

Read also: Why do dogs wear a yellow ribbon on their collar?