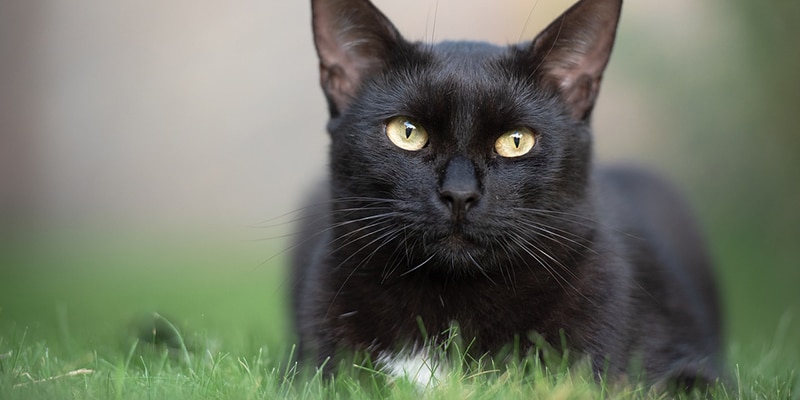 We tell you the story of a reunion that has excited us and that shows us that we should never lose hope of finding our pet if one day it is lost.

One of the main fears of animal owners is that one day they run away from home and never see it again. That's why we take all possible precautions, closing the doors and windows through which the animal can exit. And it is that, in many of the occasions in which the pets escape, they themselves are not aware of escaping, they are only satisfying their curiosity. The problem is that many times they do not know how to find the way back. And this last is probably what happened to the protagonist of our next story, who had to live six years away from home. It's about the little Julie, a black cat who left home and did not return. Its owners have not stopped looking for it for six years and, fortunately, have managed to reencounter with it. We tell you everything below in Wamiz.

A story with a happy ending

And this is a very moving story that has moved us enormously. The mother of the family is Lorinda Roberts, who undertook the search from the moment of the disappearance of the animal. He did it on the street and also through the internet, on pages where animals are usually offered for adoption. However, some time ago they detected a lymphoma in his son, so he had to reduce the intensity of the search. Until some dates ago something called his attention, as he found an ad on a cat's network that looked enormously like the lonely Julie.

The animal lived under a wooden shelter and a family gave him food several times a day to keep it in good health. She was very elusive and the family had little hope of catching her to find out if it really was the lost pet. However, as soon as Lorinda called her by her name, the animal came to meet her and there was no doubt about it. It was Julie, who from the beginning offered signs of affection to her owner. Currently the family lives together again and Julie has returned to fill the house with love and joy.

Read also: We dismantle all the myths and prejudices about cats!