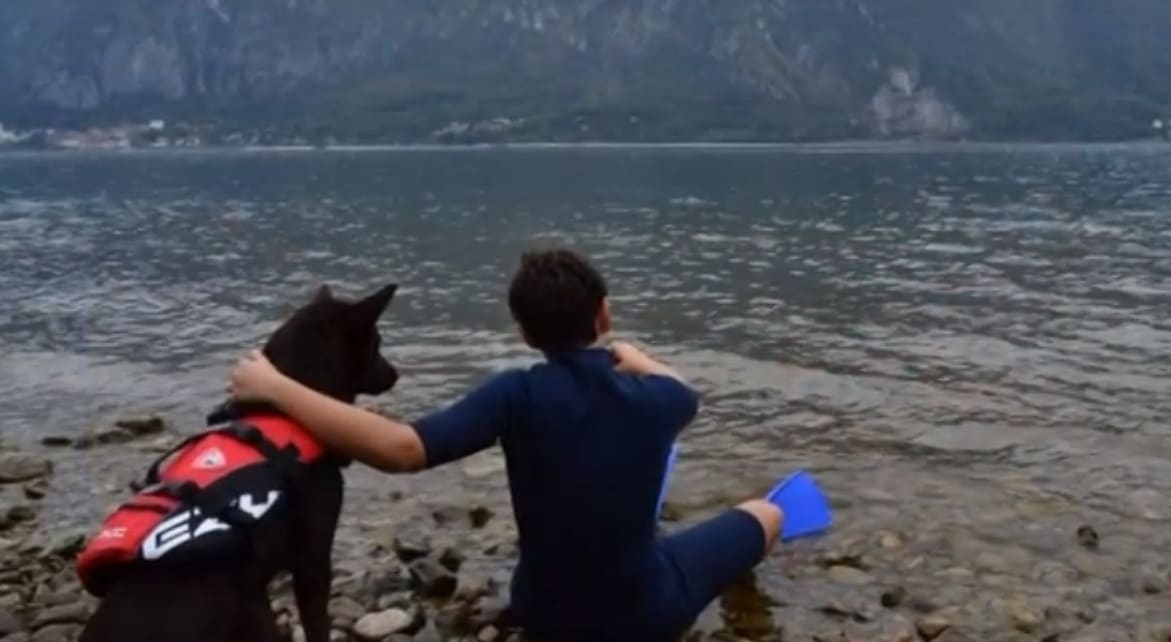 Red and Lorenzo at the foot of the lake where they did the test.

The story of Lorenzo and Red has moved all of Italy for the sweetness and love that unites the sick child with his dog, together for a mission (im) possible!

They have crossed the stretch of Lago di Como, from Onno to Mandello del Lario to overcome the most difficult challenge of all: that of life. We talk about Lorenzo and Red, a special child and his inseparable dog, who they have faced the disease together throwing himself on a mission that seemed impossible and that, on the other hand, was great!

The story of Lorenzo and Red

Lorenzo is an 11-year-old boy who have diabetes since I was 7 years olds. Red is your dog, an Australian kelpie 6-year-old trained to recognize diabetic blood glucose crisis. The two are inseparable and, often, Red has saved Lorenzo's life by telling his mother when something went wrong. Sometimes, even in the middle of the night, to prevent the child from entering into a diabetic coma. A very close relationship that has led to these unusual friends to face a challenge that has united them even more.

The child's mother tells the story in this way: "We decided to involve them in a common activity." So the two they launched to cross the stretch of Lago di Como, accompanied by the educators of the non-profit organization Progetto Serena who trains dogs. Along with them were also volunteers from the Lario Rescue Project dog rescue section and some swimming champions. Although Red was terrified by the water, never abandoned his friend and he even barked a couple of times loudly to get sugar for his friend. In the end, the two succeeded, also encouraged by Lorenzo's friends who shouted their names!

Read also: Why do dogs wear a yellow ribbon on their collar?

Editor Sometimes I put a voice to the thoughts of my dog, Chufa. If someday he decides to talk, he would go into a loop: play, ball, street, play, street, eat, eat, street … and in that order. Yes, he has me crazy.