Are There Any Dog Pokémon?

Like most of the rest of the planet, I’ve spent the past several weeks wandering the streets aimlessly in search of cool new Pokémon to add to my Pokédex. My dog Baby, who typically gets about 3 miles worth of walking each day, has been getting nearly 4 or 5 miles since the game’s debut. Baby is a scenthound, so she loves to stop at random intervals to check out every interesting smell. She has been a bit confused lately, since I am the one stopping repeatedly, either to acquire the contents of the Pokestops in the park, or to throw a Poké Ball at a wild Pokémon. “Hold on, Baby,” I’ll say, “Sit for a minute! I have to catch this Poliwag!”

Baby is confused now that I stop more than she does. (Photo by Melvin Peña)

If you’re clueless, let me give you a quick run-down. First released for the Nintendo Game Boy in 1996,Pokémon is a gaming franchise in which the object is to collect and train a horde of small creatures. The name is a portmanteau, derived from blending the words “pocket monsters” into “Pokémon.” Immensely popular in the mid-to-late 1990s, the property spawned a trading card game, animated series and films, toys, and loads of video game sequels. Its latest iteration, currently taking the world by storm, is Pokémon Go, an augmented-reality game for mobile devices. The game is draining batteries, eating up mobile data minutes, and obsessing an entirely new generation of players.

Are there any dogs in Pokémon Go?

With all the games and expansions, there are now well over 700 distinct creatures to catch and develop in the official Pokémon universe. Twenty years into the Pokémon phenomenon, the official Pokédex enumerates 720 total extant pocket monsters, some based on animals, plants, fungi, and a variety of household objects, while others are purely fantastical in conception. Depending on which source you read, there are as many as 726 total Pokémon. There must be some dog type Pokémon, right? 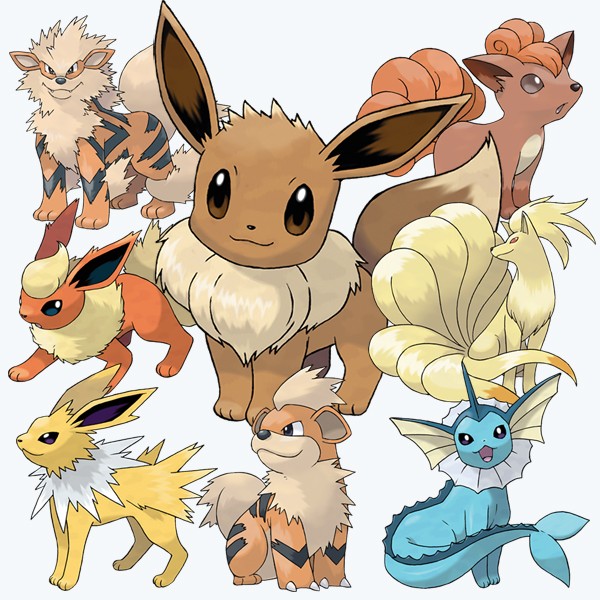 There are eight canine specimens available to catch in Pokémon Go. (Image via pokemon.com)

At the time of this writing, the ever-expanding Pokémon universe features a total of 34 creatures who are at least partly inspired by animals in the family Canidae. The family includes not only dogs, but species as diverse as jackals, dingoes, wolves, and foxes. Don’t get too excited, though; you won’t be able to “catch ’em all” in Pokémon Go, as the franchise’s compulsive tag line implores its players.

Pokémon Go operates on the original database of 151, which includes only eight of the 34 total canid Pokémon. Here is a list of the dog Pokémon available in the new mobile game, by name and Pokédex number:

The “types” mentioned in the descriptions refer to their elemental powers, which are useful during the more belligerent aspects of the game. One way of training Pokémon is to pit them against each other in combat arenas. Water-type Pokémon have increased effectiveness against Fire type, for example.

What are the other canine Pokémon?

It wasn’t until the subsequent expansions to the franchise that dog-type Pokémon began to proliferate. Our list of dog-looking pocket monsters goes well into uncharted territory, then, for Pokémon Go players. Let’s keep our fingers crossed that, as the game stabilizes and Niantic, the parent company, begins fixing bugs, they can work on rolling out versions that draw on a larger Pokédex! For future reference, then, these are the remaining 26 canid-inspired Pokémon! 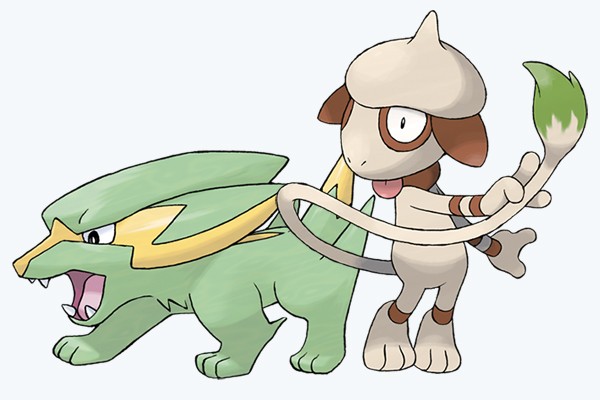 I’ve done all the research and combed through the entirety of the official Pokédex to suss out every Pokémon in the family Canidae. Ordered by their Pokédex numbers, they are: 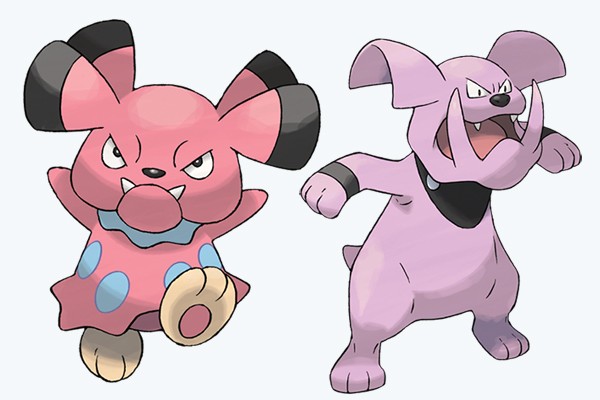 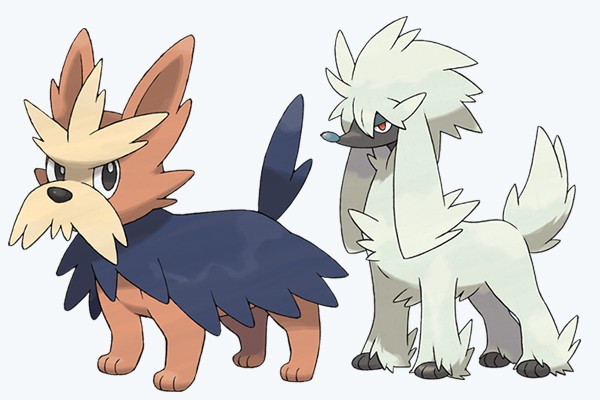 Herdier (#507) and Furfrou (#676) are inspired by a Scottish Terrier and a Standard Poodle. (Image via pokemon.com)

Everyday I’m out there, catching Pokémon

There have been deleterious consequences to all this activity. For one, my surgically repaired knee is perpetually sore from the sudden and dramatic increase in both walking and not watching where I’m going as I do so. On the other hand, all these Pokémon eggs in my incubator aren’t going to hatch themselves! Also, I don’t have an unlimited data plan on my iPhone, so I live in daily anxiety of text messages telling me that I’ve already reached 75 percent of my monthly data plan. 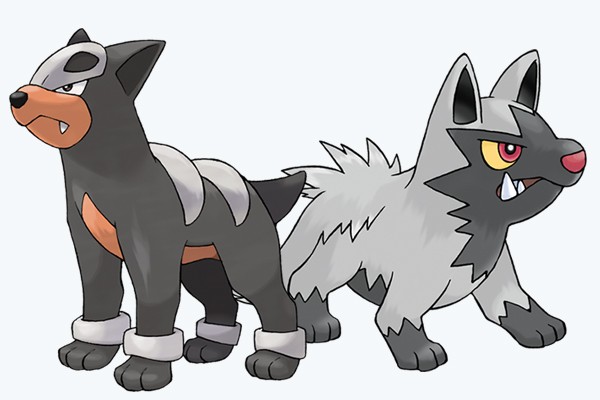 Houndour (#228) and Poochyena (#261) are a hound puppy- and wolf cub-inspired Pokémon. (Image via pokemon.com)

It’s entirely likely that many of our readers have no experience with Pokémon whatsoever. You’ve probably never played any of the video games, watched any of the cartoons or film versions. You might not even have done what my buddy Ryan and I used to do in college, and throw Pokémon cards on a table at the bar as a way of challenging each other to games of darts or pool. I hope, at the very least, that this article has made you marginally conversant in Pokémon lore so that you can comprehend some part of what your coworkers, children, and random strangers are talking about every day!