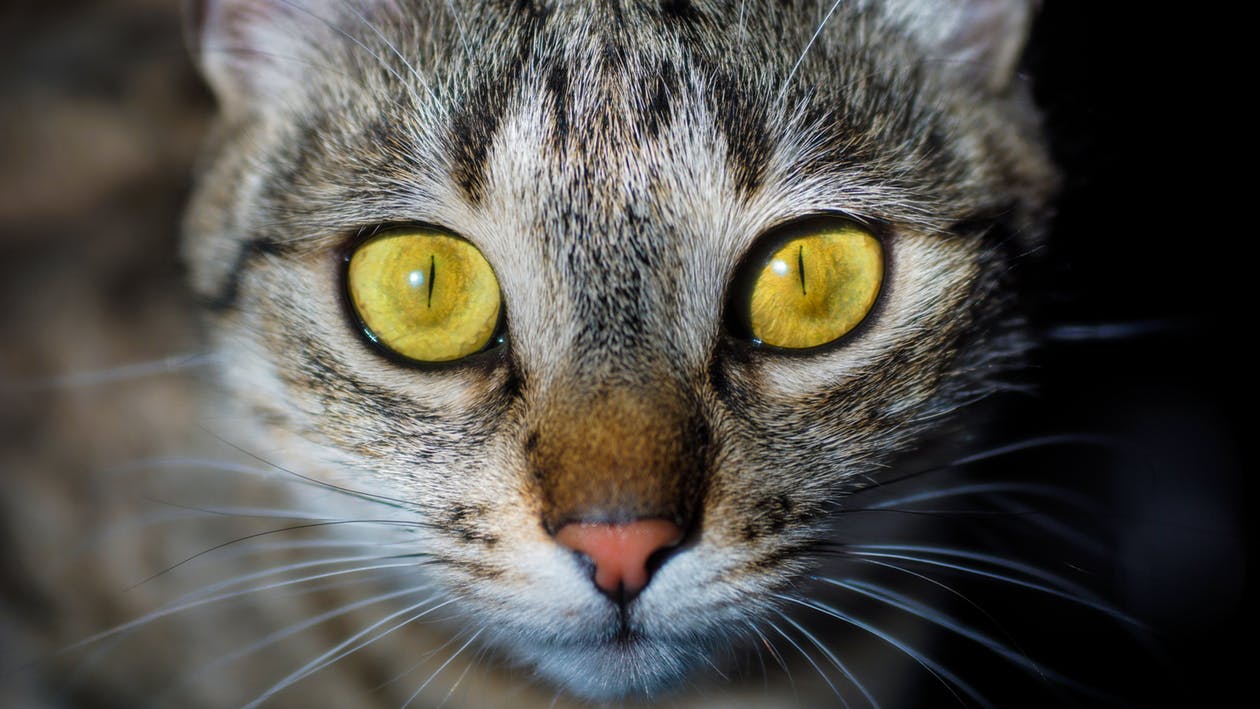 A cat with intense eyes and very healthy eyes!

Know the most common symptoms that cats have with eye diseases. Learn about how to treat and cure them.

Take your feline companion to the veterinarian if you notice any of the specific symptoms that in the next few lines we will explain is the first and fastest action you should take if you are given the case. But you should know that, in almost all situations, there is a diagnosis and a proper treatment that will make the ailment just something transient.

As you all know, cats are exceptionally neat animals but this does not mean that eye diseases are relatively common in them. That is why you may have noticed that some stray cats or those belonging to urban colonies have one eye that is more closed than another or the cloudy view. In most cases they are eye diseases that do not seriously compromise health, although in a few (and more serious) occasions, these are symptoms of more complex underlying diseases. We are going to learn, thanks to the Andalusian Council of Veterinary Schools, what are the most common pathologies that can affect the imposing eyes of our cat.

Who, human or animal, has never suffered it? It is basically a pathology caused by inflammation of the conjunctiva, that thin, transparent tissue that lines the inside of the eyelid and the white part of the eye. If your cat's eyes have suddenly acquired a reddish color, they appear swollen and have abundant secretions in the lacrimal sac, it is likely that he contracted it.

If the conjunctivitis is insistent and does not respond quickly to treatment, perhaps the veterinarian may start thinking about feline chlamydiosis, an eye infection caused by the bacteria Chlamydophilia felis. This is transmitted with great ease among cats and affects all ages (and of course, all races). The redness of the eyes is very intense and tears tend to be thick and purulent. Generally, the infection begins in one eye, then passes to the other. And although with proper treatment the condition subsides, it can take weeks and even months when our cat continues with anomalous ocular secretions that we will have to remove. In the event that chlamydiosis is not treated, it can trigger much greater complications, such as conjunctival edema and corneal ulcers. Antibiotics kill bacteria (usually, doxycycline), although this will be told by your veterinarian!

Who has not heard about them? We will explain it in a very simple way, it is any point in the ocular lens that limits the entrance of light to the retina. In the case of cats, these are usually produced, rather than by the deterioration of age as in humans, by injuries or infections. And they can also be developed by diabetic cats. There is no treatment that eliminates it (except surgery in cases where cataracts compromise vision in both eyes).

It is, surely, one of the most serious ocular affections and is caused by an abnormal pressure in the eye, which causes the drainage of liquid that circulates through the veins of the same, do not do it normally. This causes damage to the optic nerve and, directly, loss of vision. If the fluid continues to accumulate, the eye begins to enlarge causing a permanent damage. And the worst; It is only a matter of days or weeks that this happens. The cat has to be hospitalized and be medicated constantly. If the glaucoma is very severe, the eye can be surgically removed.

Uveitis is, together with conjunctivitis, ophthalmological disorder More frequently in cats. And in many cases this leads to a loss of vision that can be very high or total. Felines are extremely sensitive to uveitis due to the characteristics of their ocular anatomy. A trauma, a wound or a previous infection badly treated can trigger it. It is an inflammation that affects the entire internal structure of the eye. Excess tears, redness of the eye, photosensitivity and change of shape and size in the pupil are some of the signs that can alert us. In addition, it is Very painful for them.

It consists of an inflammation of the cornea and the symptoms are similar to conjunctivitis; but unlike that one, keratitis causes many discomforts in the animal. There is a huge variety of types and, if left untreated, partial or total blindness of the eye is a possibility that can occur.

How to prevent them

In addition to the usual veterinary reviews, we ourselves at home can monitor with a simple inspection the eye health of our beloved pussycat. And any change in your eyes should put us on alert. You must use your thumb to carefully lift the eyelid and look at the surrounding tissues. The tonality that these must present is pink, never reddish, but neither whitish.