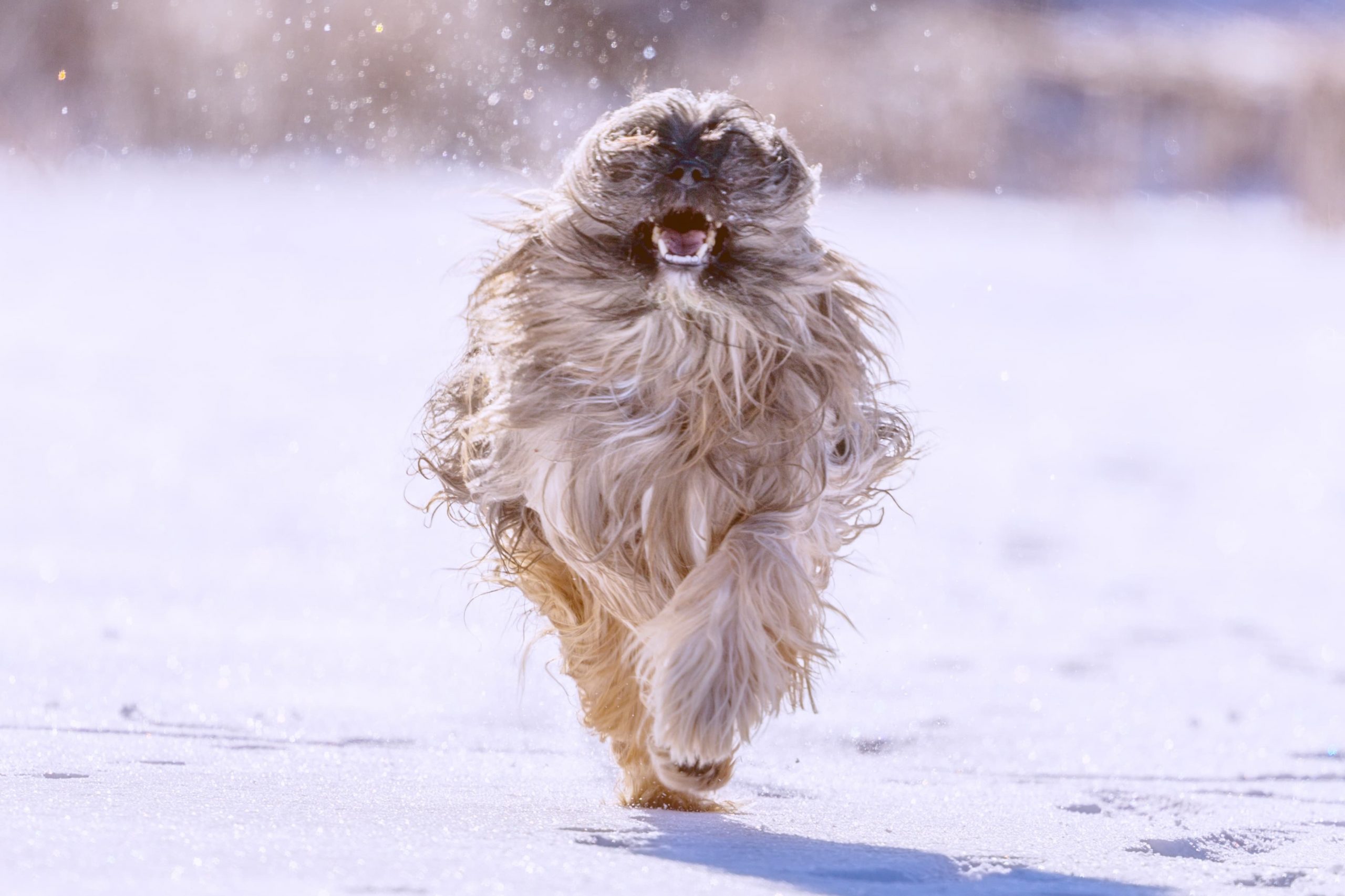 Your dog loves you, sometimes too: every time you return home there is a tornado that welcomes you. He tries to jump on you, and sometimes it's too much. Why does he do this? How can we reduce this behavior? Should we let it jump on us?

The dog is a social animal: he is used to living in a group, he needs regular contact to feel good. And it has a particular way of socializing, because it's accustomed to living close to man after millennia; He can also live just as well in a group with other dogs, an environment in which he adapts perfectly.

He knows, therefore, adapt a part of his behavior to be understood by the humans around him. But, sometimes, the transition may seem "brutal". Is the case when he manifests his joy: it explodes, sometimes, to the point of becoming annoying.

The "party" of the dog

Dog owners are often surprised by their dog's emotional dependence: "it never leaves me alone", "he even follows me to the bathroom", "he makes me parties when I went out to take out the garbage for three minutes"

In practice, the dog tends not to like solitude. Some of them do not support it at all, and it is a learning that is not intuitive. For those dogs, loneliness represents a moment of anxiety, even fear or panic.

Even for dogs that are trained or accustomed to being alone, for learning, those times may not be stimulating for them.

The return of humans to the home represent, therefore, the moment in which emotion and the joy manifests in the form of avalanche. Moving around or barking is an answer that the dog can not always contain, and it is not the only species that reacts in this way …

Why is my dog ​​so rough when he makes me happy?

Now that we have understood the origin of that emotion, why do dogs have more intense reactions than others to the point of hurting us?

To begin with, each dog reacts differently depending on its temperament, its anatomy, the context …

The intensity of your "parties" depends on the "amount of frustration" that the dog can accumulate while waiting for you.

Why do you jump on me?

The dog seeks, often with his demonstrations of joy, reach your face to lick you. In canine communication, this behavior, very used by the puppies to the mother, is considered a ritual of appeasement and marks a very positive and cooperative interaction. It is used frequently during conflicts, to reduce aggression and calm the aggressor.

During the parties, it is therefore frequent that the dog tries to reach your face and that to achieve it it jumps on you. It will tend to stop doing it as you descend to get up to it.

In many situations, the dog climbs and jumps around but without reaching you, although it pushes you while doing it. In that case, the dog does not really want to jump on you, but has no awareness of your body and its weight. He has a hard time dosing his reaction in relation to this situation.

In addition, the party is not only related, sometimes, with your return home: it is enough that your dog crosses with a friend during your walk and that can express the same effusion and joy.

What can you do to prevent your dog from jumping on you?

If it turns out that this behavior is too strong, we have found several ways to solve the problem.

On the one hand, if your dog is not used to loneliness, live those moments in a negative way: stress, anxiety and fear. There is, therefore, to teach him, help him to become habitually progressively to be alone.

So, It is very important to meet your activity and care needs. A dog that does not have his needs covered is filled with frustration: his reaction runs the risk of being so intense, and not controlled, that he needs to exercise more or be less alone.

Finally, learning can help in the return home ritual: if the dog has learned some simple commands (such as "sit down"), You can channel the situation by asking him to obey an order and reward him once he executes it. The interaction is still positive and allows him to learn to concentrate in a moment of intense emotion for him.

A very good way to make the jump useless is simply to turn your back on it: he generally seeks to draw your attention to you. Avoid it without shouting, until it shows acceptable behavior; in that moment you can caress it. It is a way to reinforce: the idea is to caress it the moment its legs return to the ground, and turn its back when it jumps.

Read also: How to stimulate the intelligence of your dog: 3 toys that you probably did not know.