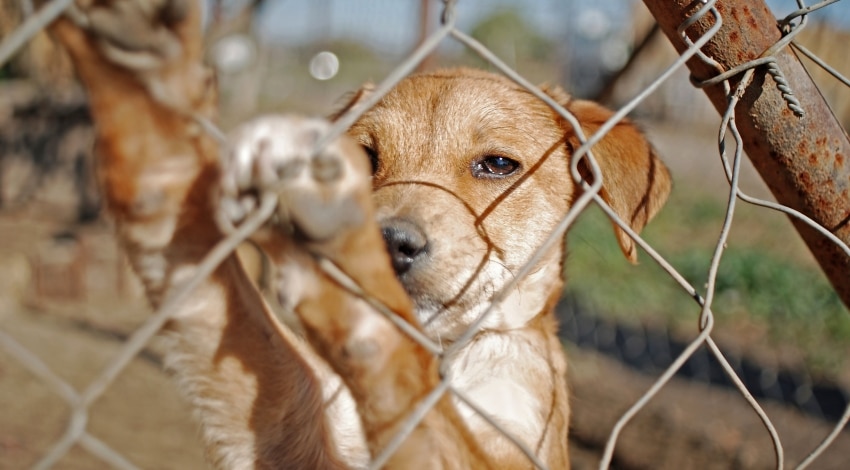 Kennel cough is a common condition that we can easily avoid.

Have you heard about coughing in kennels? This is what you should know to protect your dog from her.

Surely you have heard something from her more than once. And it is even probable that, by your own name, you believe that this does not go with you or with your four-legged companion. However, the cough of the kennels is a pathology of infectious origin that severely affects the respiratory tract. It is true that it is not a disease that compromises the life of our dog, but it is very uncomfortable for the animal and also for the nerves of its human partner.

In veterinary terms we would be talking about a tracheobronchitis (or more clearly said , inflammation of the trachea and bronchi), of infectious origin. This causes a persistent dry cough, the result of a deterioration in the immune system that may have occurred for very different reasons. Reovirus, adenovirus, parainfluenza and a bacterium (the bronchiseptic Bortedella) are the main causes, according to the Official College of Veterinarians of Seville. So is the distemper virus in the most serious cases. Environmental factors are determining ; When dogs live with food in poor condition, stressed, sleep in damp environments and there is no proper hygiene, the cough of the kennels is present. Hence his own name; unfortunately it is a very common disease in animal health facilities and also in huts of very modest animals. Unfortunately, the majority in Spain are.

In one or two weeks the dog must be immunized for a while.

But do not think that if your friend spends half his life on the couch he is completely safe. You can contract it after having taken a walk on a particularly wintry day, or if you have left your fur wet after the bath. If you have been on a cold floor for a long time or if you have been playing with other dogs in the park you are also leaving a door ajar so that this annoying cough annoys our partner. He thinks that this disease is produced by an anaerobic virus, that is, that it spreads with great ease when an infected dog simply sneezes or coughs. That is why the same dog can end up infecting many (not to mention if he lives in a cage with others!)

As you can imagine detecting it does not entail much difficulty. The dogs that have contracted it have extensive and repeated episodes of cough that usually end with vomiting of phlegm before there is a new coughing access. Associated may appear eye problems and anorexia by the strong loss of appetite that the animal experiences, which becomes apathetic. The clinical course usually lasts between one and two weeks. And after spontaneous healing the animal will be immune for a variable period of time that usually does not exceed one year, period from which it can re-contract it.

By the way, the transmission of this cough to people is extremely improbable, although of course, it can not be ruled out one hundred percent. In some circumstances the bacteria could affect children and immunocompromised adults or those with previous respiratory diseases. If your dog has contracted this disease you should leave it as calm as possible avoiding, of course, contact with other conspecifics. But if you live with several, perhaps the best thing you can do is avoid any risk by vaccinating them. In addition, this prevention has no side effects.

Do you want to help? Adopt

The cough of the kennels is another reason to ask you to adopt. The more animals we get from a protector providing them with a home, the less crowding there will be in these facilities. That's the best prevention the key to slowing the spread of kennel cough.

Read also: 8 signs that will tell you that your dog is sick.