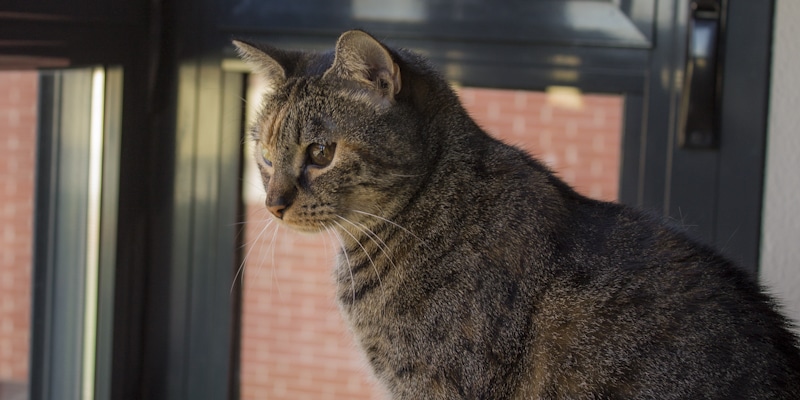 Cats are extremely sensitive animals and can even predict storms. We explain how they do it and we also give you the best tips so your cat can be calm while the bad weather lasts.

Autumn is here and with it come the temperature changes so typical From this epoch. Our cat will notice it in aspects such as the change of fur, but there are many other sensitive aspects in the matter of temperature that will leave you totally overwhelmed. Because our feline friends are animals capable of predicting future changes in weather conditions as would a sonar or a weather station. When they detect variations, they tend to behave differently than usual. In this sense, if they detect that bad weather is approaching, it is likely that they will be protected in some nook and cranny of the house. If you detect this behavior, there may be some kind of storm. Watch your cat and tell us!

This is something that has been documented in many historical magazines. Cats have been used by 18th century sailors to predict bad weather during their expeditions. However, at that time, an important part of the sailors also thought that the cats were the cause of that bad weather, as one of the many superstitions that have always run around this animal.

Storms form when cold air systems collide with hot air systems, which forces hot air to rise and cold to fall. The hot air rises because it is denser and heavier, so it needs to cool down. When it begins to do so, condensation is created, which, in turn, transforms the clouds into storms. Since cats are predatory animals, have tremendously developed their senses to the point of being able to perceive the differences in atmospheric pressure that usually accompanies storms.

Are cats afraid of bad weather?

If you have been in regular contact with a cat, you will be perfectly aware that these animals do not love water. But neither can it be said that they are afraid of the rain, they simply prefer to stay inside, as do dogs or other animals as well. But, why do not they like water?

How to calm your cat when the weather is bad?

In these cases, your attitude is a fundamental element so that your animal can be calm. Cats can absorb your energy thus comforting themselves and feeling much safer. You can also try to distract them by playing with them so that they divert their attention from the storm. But, above all, the important thing is to provide them with a safe and quiet place, where they can rest while the bad weather lasts. We are sure that your cat will thank you and will reward you.

Read also: They leave a box in the door of a shelter, what is inside does not even look like an animal