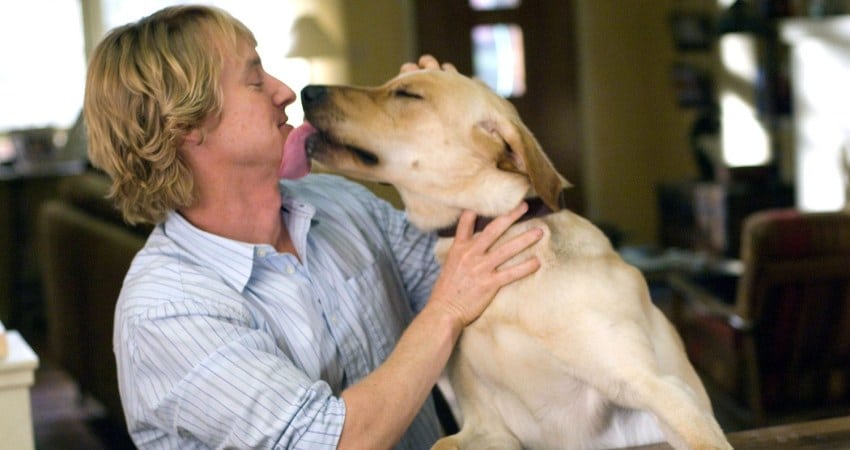 Scene from the movie 'A couple of three'.

A veterinarian's letter went viral by telling the reality of our pets in their last days: your dog or your cat dies scared because you leave him alone

The main photo that illustrates this article belongs to the movie 'A couple of three'. His scene remains tattooed in the mind. Marley, the dog protagonist of the story, is already a grandfather and it is his human's turn to make the difficult decision to let him die. Just about this speaks the hard message of a veterinarian: your dog dies scared because you leave him alone. The letter went viral a few weeks ago, even La Vecina Rubia was thrilled with it. Now we talk about the origin of the letter.

The hard message of a veterinarian

"On the part of a tired and broken-hearted veterinarian". This is the end of the hard message from this veterinarian who is tired of watching our pets die alone, or rather, without their humans. I remember that the first time I saw 'A couple of three' the end of the movie made my soul shrink. I had been with Chufa for a little over a year and thinking about saying goodbye to her … she is my first bitch and I hope it takes a long time to reach that moment.

The scene of the film is really hard. The human of Marley, while he is already on the stretcher of the veterinarian, tells him how wonderful it has been to have him in his life. He wishes him to leave quietly, without suffering and to be clear, above all, that He has been the best dog in the world and they love him with madness. It is precisely at this moment that the vet's harsh message refers. Most pets die alone because their humans are not able to be with them. And the veterinarian's heart is already shattered to see that your dog is looking for you in his last moments in that cold room and you are not.

The origin of everything

Prior to this letter that went viral in a matter of hours, it was Jessi Dietricch who asked her dog's veterinarian what was the hardest part of her job. "He told me that when I had to sacrifice an animal, 90% of the owners did not want to be in the room when I injected them. The last moments of the animal tend to be frantic and look around to find their owners ", the user wrote on Twitter that managed to shock the network. Jessi said at the time that she only wanted "create awareness" of this situation.

The 'tweet' of Jessi Dietrich that started it all.

The publication was shared thousands and thousands of times. Such was its worldwide impact that the Hillcrest Veterinary Hospital, in South Africa, posted on its Facebook page the hard message of one of its veterinarians addressed to pet owners. Here is the translated letter:

"When you own a dog, it will almost always be inevitable that you die before you do. If so, when the time comes to take your dog to the vet so he can have a pain-free end I want everyone to have something in mind.

You have been the center of your universe for ALL YOUR LIFE !!! Maybe they are only a small part of your life but for them you are their family. It will always be a horrible decision / moment / day and it is devastating for us humans to have to say goodbye to them. But please, I beg you, DO NOT LEAVE THEM ALONE.

Do not make your transition from life to death be in a room full of unknown people and in a place that really does not like anything. What you need to know is that most of them THEY SEEK WHEN YOU LEAVE THEM THERE.

They look for their loved ones on each face of that room. They do not understand why you left them when they are sick, scared or dying and need all your love. Do not be a coward by thinking only how hard it is for you. Imagine how they feel when you abandon them in the most vulnerable moment of their life and people like me should do everything we can to give them affection, so they are not scared, explain why you could not stay by their side.

On the part of a tired and heartbroken veterinarian".

Without a doubt a devastating message that, beyond moving us, with which we would have to reflect. As hard as those last minutes may be, we must be with our four-legged friend who has given us his unconditional love for years.

Read also: Why do dogs leap for joy over their owners?